Many of you may probably know that we have been working hard with our students to get our job done. It's been a while since we started out our SONWRITING PROJECT. Back in January, a team of bilingual teachers came up with the idea of producing a song with our students from scratch. The idea was to provide them with the tools to write the lyrics for a given song.

After weeks of analysing songs, musical strucutes, vocab and common expressions our students started to draft their gems in a booklet crafted for them.

Their English teachers Adelaida Fernández and Virigina Pacheco with the support of Raquel Fernández and Alexandra Shultz as well, made a great effort to help our students understand how to express their feelings on a blank paper. Measuring syllables and try to rhyme was another big deal in this project.

On the other hand, Fran Rodríguez, their Music teacher, helped them to fit the lyrics with the given melodies. They sang their creations and, sometimes,  made up their minds to improve their results. Again rhyming, using synonims, other expressions. And everything done in a collaborative way.

Once we had all the work done, we shortlisted four out of the nine songs written. Unfortunately, only one of them could make it through. I have to say that all students did their best and I take my hat off to them for that. The winners were Alba Mateos, Raúl Rodríguez, Carmen Rodríguez and Rocío Iglesias.

The last stage of this project was funny too. Mª José Quintana and Fran Rodríguez, prepared the ICP choristers to perform and record the song. After weeks of rehearsals, we finally premiered the song IT'S WEIRD coinciding with our school feast. Rewards and certificates were handed out to the winners and the finalist.

The instrumental (bass, drums, acoustic guitars) and vocal track was produced and recorded by Fran Rodríguez. We also had the especial collaboration of our colleague Marcos García on the electric guitar.

Finally, our colleage and friend Isabel Montesinos, former teacher of our school and award-winning theatre producer, made the last miracle possible. She contacted with Onda Campus and they
agreed to produce the music video. Laura Martínez Rebollo took the beautiful pictures you can see down the line. The video was recorded and edited by Lourdes Morcillo and Leo Montse Ventura Pírez repectively.


Thanks to all the people who took part in this project one way or another. Thank you for your committment and your enthusiasm. It's been absolutely great to work with you. Now, it's time to enjoy the result and to be proud of yourselves. 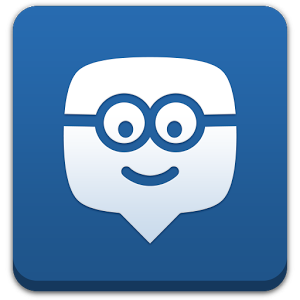