Describing Shakespeare characters. Read the instructions. Don't panic. It is easier than you think.

Choose one of these characters taken from Shakespeare’s plays and prepare an oral presentation about him or her. It should last a minimum of 1 minute and a maximum of 2 minutes. Include the words given for each character.


You also need to include the following information in your presentation:

Here you have an example as a model to help you:

Sir John Falstaff is an important character in the two parts of Shakespeare’s play Henry IV.

Falstaff is an English old man, he is about sixty years old. He is old, fat and poor. He is very intelligent and funny and he loves going out and visiting inns. He doesn’t like fighting at war because he is more coward than Prince Hal. But he is a very good person and he has got a lot friends. His best friends are Bardolph and Pistol.

In the picture, you can see Simon Russell Beale, an actor who played Falstaff in a TV series. He is wearing a red gown and a red hat with brown leather gloves. He has got a beard and a moustache. 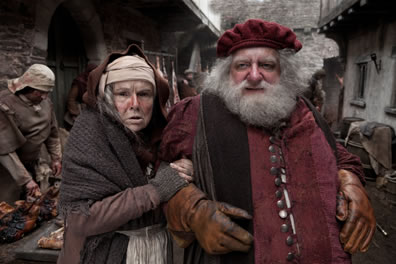